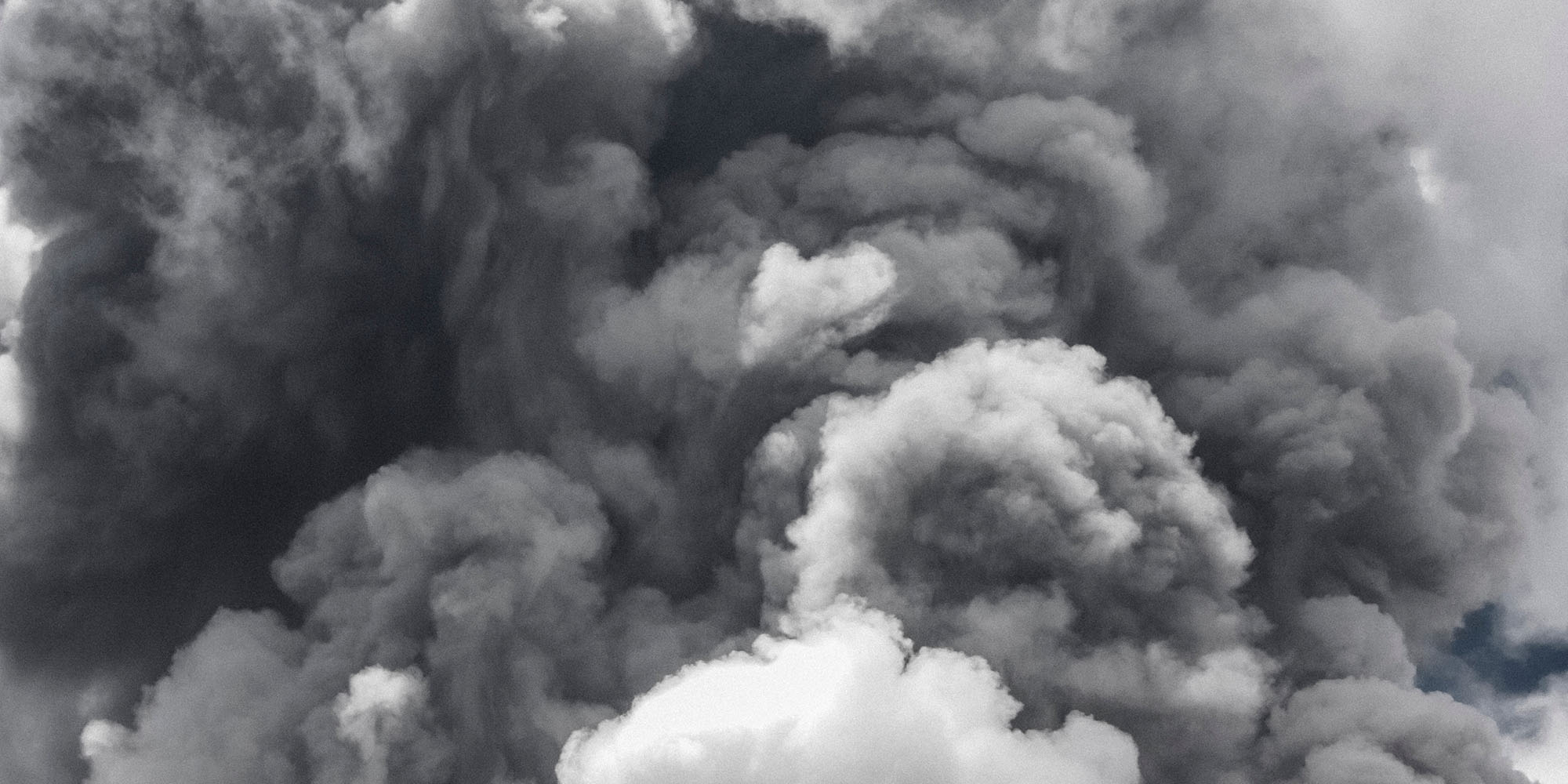 38 | The Disappearance of John Christopher Terry

What happened to John Terry?

On October 17 2014, John walked out of the Walmart Supercenter in Hillsboro, Texas and disappeared into thin air. His car was abandoned on County Road 2346. And, most sinister of all, a small amount of blood spatter was located on his front door.

According to Sheriff Rodney Watson, “He was murdered right there outside his front door.” 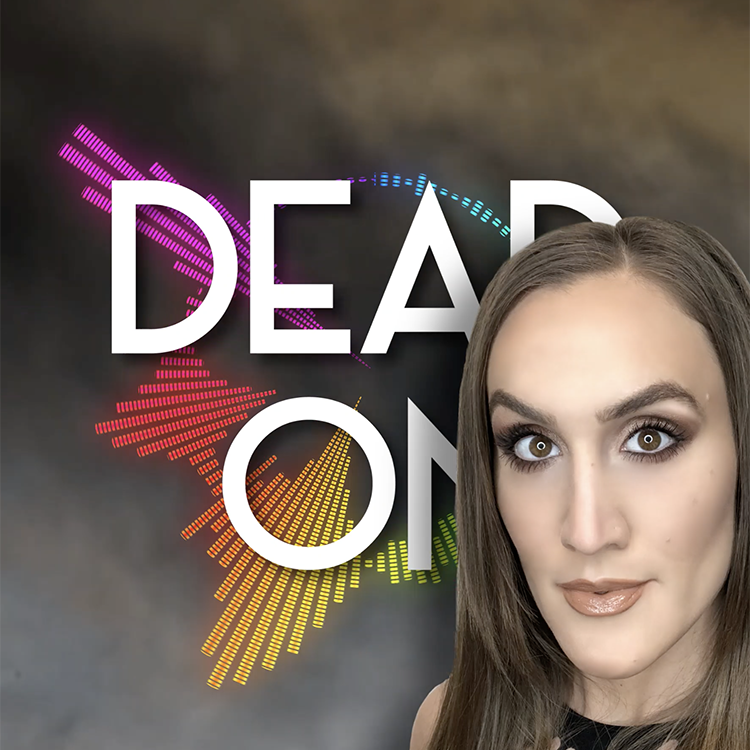 Was Central Texas man who disappeared in 2014 murdered? 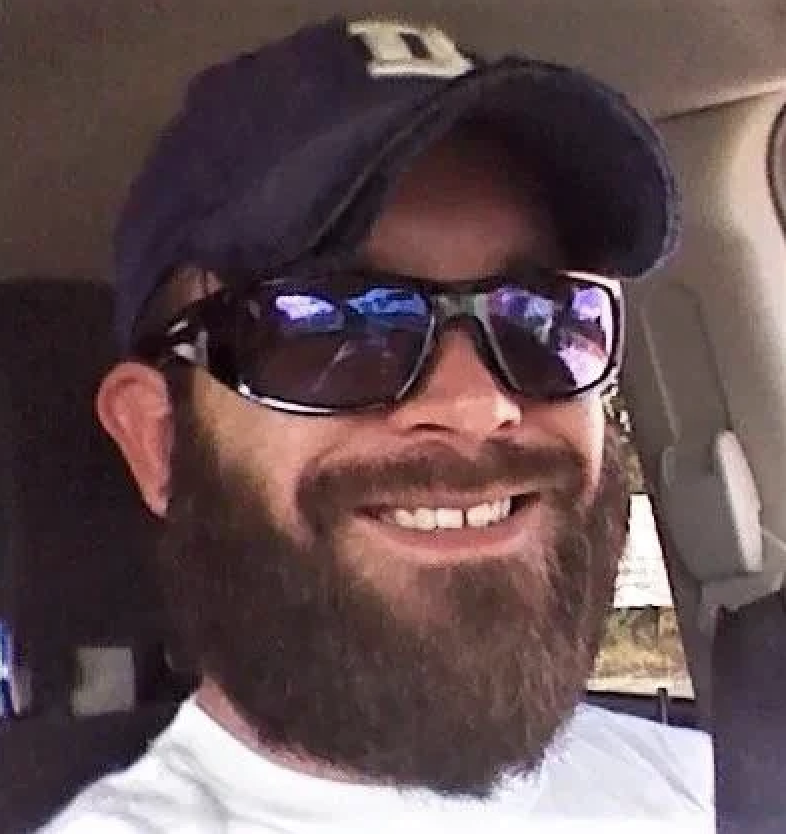 John has two young sons who are missing their father. Imagine missing your father terribly and not even knowing what happened to him. Find out more information about John Christopher Terry by checking out his missing person listing on the Doe Network.

Have information about John Terry's disappearance?

There’s a $10,000 reward for any information leading to the arrest/conviction of the person(s) responsible for his homicide. Or leads to location of John Christopher Terry’s remains.

If you have seen John Christopher Terry. If you know of his current whereabouts. Or if you have any information concerning his disappearance. Please contact the Hill County Sheriff’s Office.

If you have seen John Christopher Terry. If you know of his current whereabouts. Or if you have any information concerning his disappearance. Please contact Texas Equusearch. 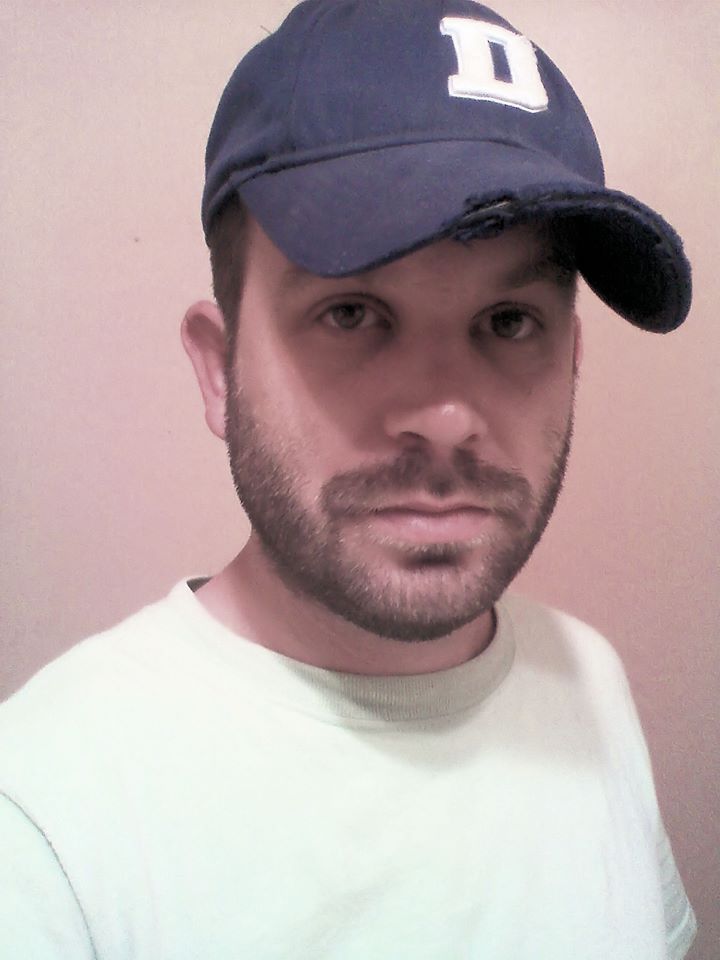 I created a Google map that plots out notable locations related to John’s disappearance. Including his timeline on the day, general location of residence, etc. 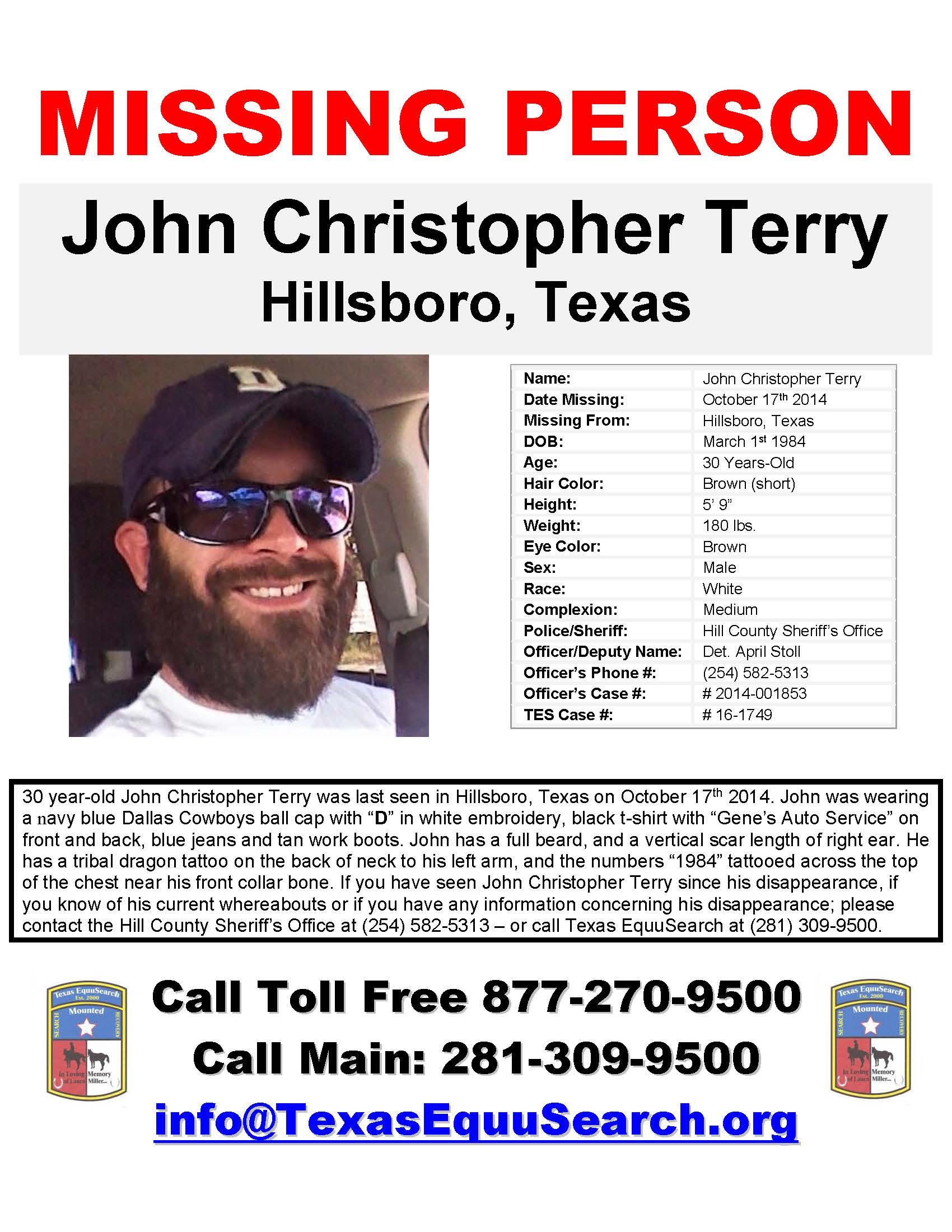 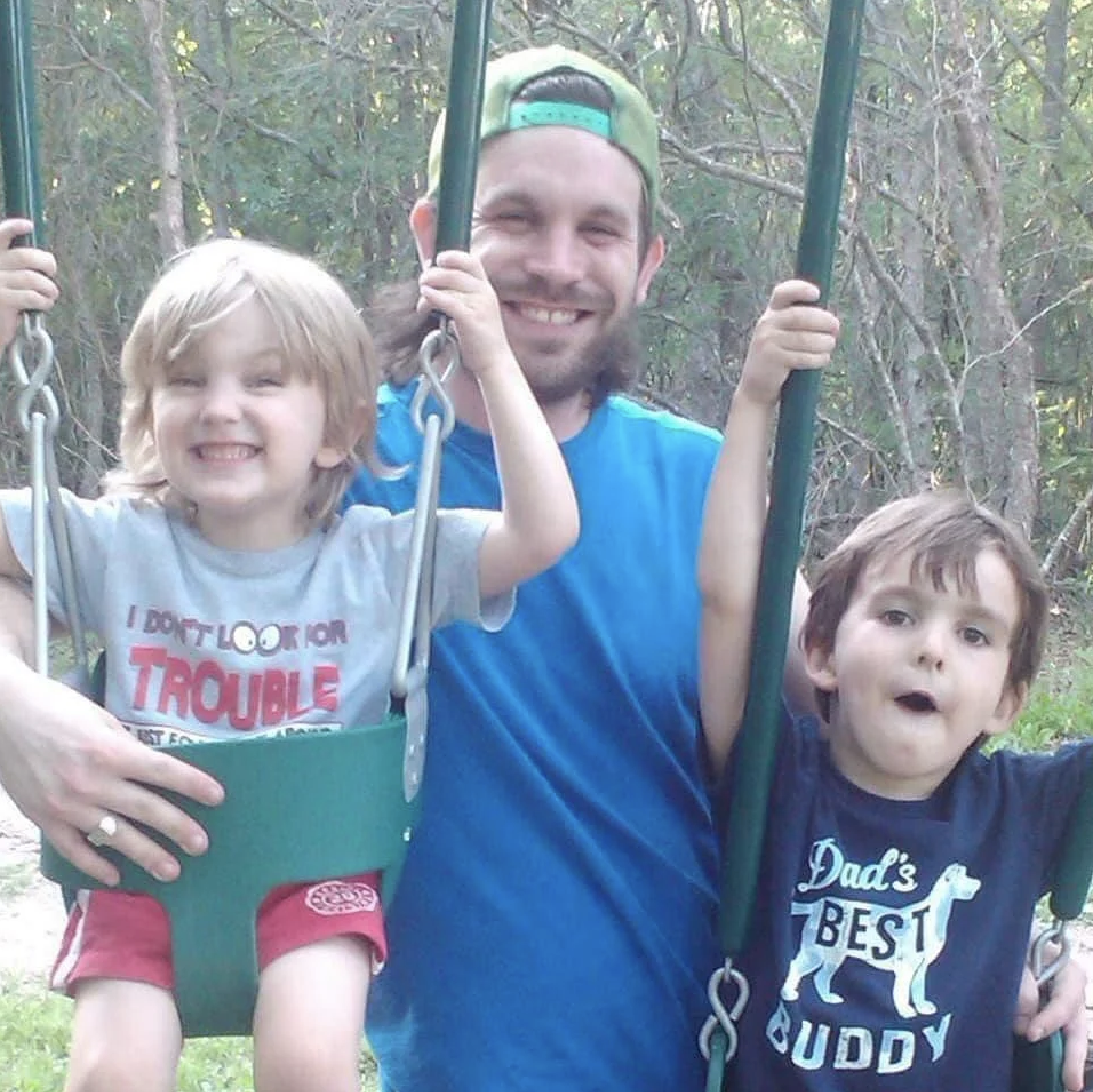 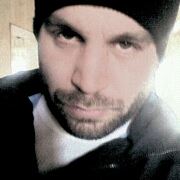